In the first article of my series From JavaScript developer to JavaScript engineer titled From JavaScript developer to JavaScript engineer: Re-implementing ECMAScript 2015’s String.prototype.repeat() method I’ve discussed how computer science concepts can help in writing better and more elegant software. Specifically, I’ve demonstrated how to use appropriate algorithms and data structures, together with techniques like memoization, to re-implement the String.prototype.repeat() method so that it’s blazing fast.

In this second article of the series, I’ll discuss how important is reasoning about the problem we’re facing. To do that, I’ll analyze the problem of finding all celebrities in a set of people.

If you want to take a look at the final solution, you can either go to the section An efficient solution or browse my Interview questions repository on GitHub. 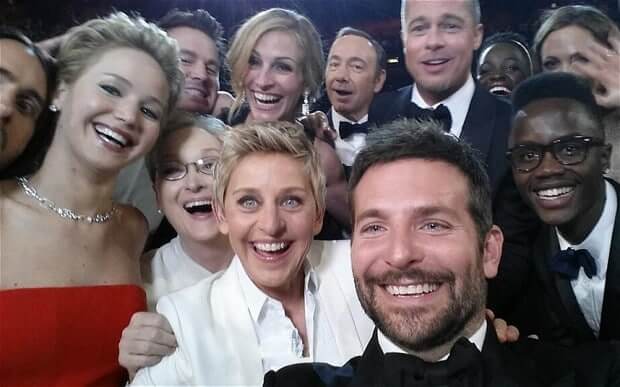 The problem I’ll analyze in this article is about finding all the celebrities in a set of people. On its own, this isn’t very informative, so here it is the text of the problem:

A person is considered a celebrity if he/she likes nobody and everybody likes him/her. Given a set of people and a function likes(i, j), which takes the names of two people as parameters and returns true if i likes j and false otherwise, write a findCelebrities() function to return all the celebrities in the given set.

The description of the problem might have still left you a bit confused, so let’s consider a couple of examples.

Given an empty set of people (for example, const people = [];), regardless of the values returned by the likes() function, findCelebrities() should return an empty set (that is []).

Let’s now consider a more complex example. Given a set of many people:

and the following likes() function:

These two examples have hopefully clarified the behavior of the findCelebrities() function. So, it’s now time to implement it.

The text of the problem asks to find all celebrities in a set of people. A celebrity is defined as someone that likes nobody and is liked by everyone. This condition can be expressed with the following set-builder notation:

This notation gives us the simplest solution to the problem. We start with a fixed person, let’s call this person candidate, and loop through the whole set P (where P stands for people) to verify the condition that everyone else likes candidate and candidate dislikes everyone else. We can stop the loop as soon as one of these two conditions is not verified. In such case, we know that candidate is not a celebrity. We then repeat this process for every person in the set P. Once done, we’ll obtain the set C of all the celebrities.

Turning this description into code, results in the following code:

The code above is concise but not very efficient. If we analyze its time complexity, we can demonstrate that it’s an O(n2) where n is the number of the people in the set. The reason is that we loop over every person in the set and for each of them we scan again the whole set to verify that the conditions to be a celebrity are met.

If you have never heard of the Big O notation, I suggest you to learn more about it. It’s a fundamental concept to analyze the performance of your algorithms.

The time complexity of this function can be heavily improved. In the next section I’ll show you how.

Analysis of the problem

To understand how we can optimize findCelebrities(), we have to think what its weak points are.

Every set has at most one celebrity

The most important point to understand is the amount of celebrities that may be present in the given set. The text asks to find all of them, but in a given set there may be at most one. The demonstration can be made by using reductio ad absurdum.

Choosing the best candidate to be a celebrity

Thanks to the consideration of the previous section, we can optimize the algorithm to search for the best candidate to be a celebrity. Once we find it, we test that this person meets the two conditions required. If the conditions are met, we have a celebrity; otherwise the set doesn’t include any celebrity.

Once we complete this process, we test that our best candidate meets the two conditions against all the other people in the set (those that haven’t been tested yet with this candidate). 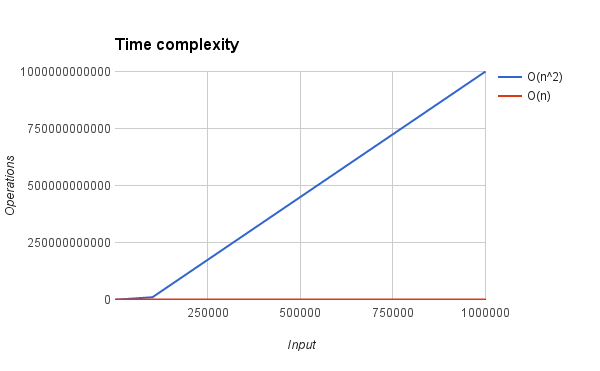 To further clarify the strategy described, let’s discuss an example with the support of some images. Let’s say that we have a set of people defined as follows:

The likes() function for this example is reported below:

Let’s now see what happens by applying the approach discussed in this section.

We assume the best candidate to be the first element in the set, Mark. We start to scan the set from the person at the second position (having index of 1), David.

The call to likes('Mark', 'David') returns true, so Mark can’t be a celebrity. We update our candidate variable, and we set it so that the new potential celebrity is David. We continue to loop over the set.

Our candidate is David and we test him against John.

The call to likes('David', 'John') returns false. To know if we have to keep David as the best candidate, we need to test if John likes David. The call to likes('John', 'David') returns true. So, at least for now, David is a good candidate to be a celebrity. But we have many other people to test against, so we continue to loop over the set.

We test David against Aurelio.

We update the candidate variable so that the new potential celebrity is Anna. This time we also update i to have as a value the index of the person following Anna in the set (Peter).

The new candidate is Anna and we test her against Peter.

The call to likes('Anna', 'Peter') returns false and the call likes('Peter', 'Anna') returns true. This means that Anna is still a good candidate to be a celebrity.

Peter is the last person in the set, so we keep Anna as the best candidate and we move onto the next part of the process.

Without showing the steps left, I can assure you that Anna will be successfully verified as a celebrity.

With this last consideration, we are ready to implement the final solution. If you want to see some metrics about how the first solution and the efficient solution compares, have a look at the section titled Performance comparison.

Thanks to our analysis of the problem, we’re now ready to implement an efficient version of the findCelebrities() function.

We can start by managing the cases where the set of people is either empty or contains only one person. In these cases, the celebrities are zero and one respectively.

When testing the best candidate against the last person in the set, we might find out that both of them aren’t celebrities. In this case, candidate will be updated to an index outside of the range of the set. If this happens, we know that the set doesn’t include any celebrity.

Finally, we verify that the conditions to be a celebrity are met against all the people that haven’t been tested in the previous scan. If any of the conditions is not met, we return an empty set; otherwise we return a set that contains as its only element the best candidate.

The final version of the findCelebrities() function can be found in my Interview questions repository on GitHub and it’s also listed below:

Now that we’ve discussed the simple and the final version, it’s worth discussing how faster the latter improves the performance compared to the former. In this section, I want to show you some data so that you can visualize the improvement.

The table below shows the number of operations of the two versions for different sizes of the set of people.

The second table reports the execution times of both the solutions. To calculate them, I used the High Resolution Time API to retrieve the current time in milliseconds, with the microseconds in the fractional part. Moreover, in order to have a more accurate estimation, I’ve executed both the functions for 10000 times and calculated the average execution time for each value of size. It’s also important to mention the conditions in which the functions were executed. The set of people was always created to include a celebrity and to have it in the middle. So, if the size of the set was 1000, the celebrity was at position 500.

As you can see, the difference in performance of the two functions is astonishing. For a set of people of size 100000, the final version is ~87200 times faster than the simple version.

In this second article of my series From JavaScript developer to JavaScript engineer, I’ve discussed the problem of finding all the celebrities in a set. The main take-away lesson of this article is that reasoning about the problem we’re facing is very important because it allows us to avoid sub-optimal solutions and it might lead us to conclusions we didn’t foresee at the beginning. The findings of our analysis can help us in writing better and faster software.

From JavaScript developer to JavaScript engineer: find all celebrities in a set of people